Due to the coronavirus situation, the executive committee of the New York Bangladesh Press Club has met after a long time. The meeting was held at 9pm on Monday (August 10) at the Weekly Bangladesh office in Jamaica, Queens City, maintaining social distance. Club President Dr. The meeting was chaired by Wazed A Khan and chaired by General Secretary Monwarul Islam. Among the members of the executive committee were vice-president Habib Rahman, joint general secretary Md Alamgir Sarkar, finance secretary Mominul Islam Majumder, organizing secretary Rashid Ahmed, executive members Sheikh Sirajul Islam, ABM Salahuddin Ahmed, Shibli Chowdhury Kayes and Hasanuzzaman Saki. Another official Syed Ilyas Khasru for physical illness and Mohammad Solaiman for personal inconvenience were absent from the meeting.
The meeting discussed and decided on a number of issues including accepting applications from new members, paying arrears monthly subscriptions, holding a virtual meeting every month on contemporary issues at home and abroad. The meeting also offered condolences to those who died in the coronavirus / Covid-19 infection, including photojournalist A Hai Swapan, and offered special prayers for the forgiveness of the departed soul. The prayers were conducted by Rashid Ahmed.
As per the decision of the meeting, a 3-member ‘selection committee’ was formed to select the application of the new member. According to the constitution, Rashid Ahmed will be the head of the committee. The other two members of the committee are former general secretary of the club ABM Salahuddin Ahmed and current treasurer Mominul Islam Majumder. Besides, former general secretary Shibli Chowdhury Kayes and executive member Hasanuzzaman Saki were given the responsibility of conducting the virtual meeting.
It was decided to hold the next meeting of the Executive Committee of the Press Club in the Bronx, New York. -Press Release.

Memories of aunts and uncles 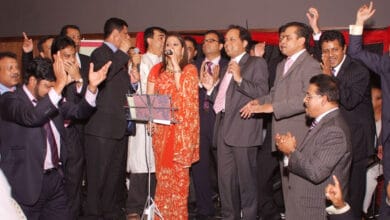 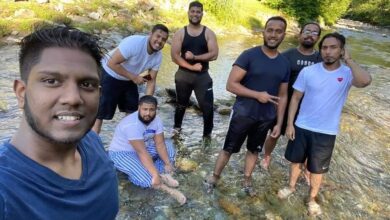 The death of the struggling poet Aleya Chowdhury 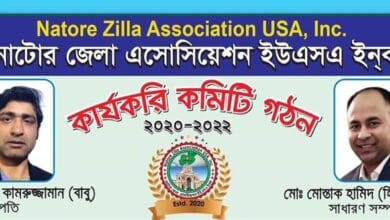